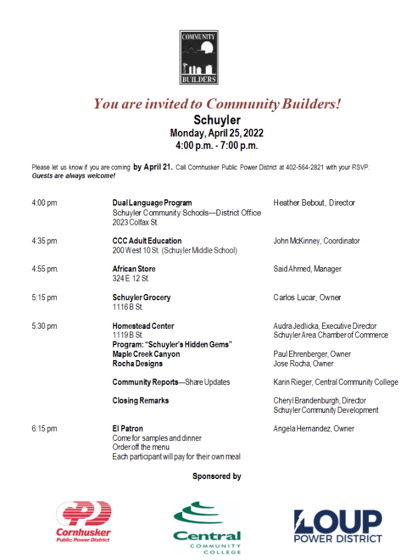 SCHUYLER -- The Schuyler Area Chamber of Commerce will be hosting the Community Builders Program on Monday, April 25th.

"We get to show off Schuyler and some of our hidden gems," Jedlicka told NCN.

They will be bringing 20-25 people to Schuyler, including local officials.